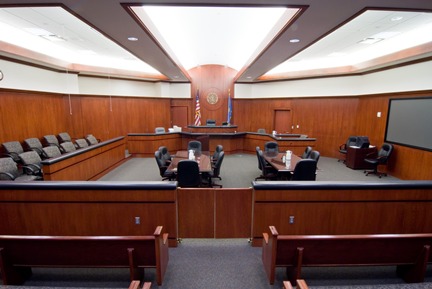 An expungement is defined as the "Process by which record of criminal conviction is destroyed or sealed from the state or Federal repository". This is according to Blacks Law Dictionary. An expungement is commonly known in the legal system a process in which an offender of a prior criminal conviction seeks that the record on file, which is also public record, be sealed, thereby making the record unavailable to be seen by anyone who wants to see that persons criminal record. If this process is commuted and handled properly, the record is considered “expunged.”

Although the actual act of an expungement is consider to be on the “civil” side of the law, an expungement of a record only pertains to a criminal record in criminal court. In this scenario, the subject/petitioner/plaintiff is asking the court for the record to be removed.

It is very common to get an “expungement” confused with a “pardon.” Both of which have stark distinctions. One of these key distinctions is who the petitions are granted by. An expungement is granted ONLY in court by a judge. Typically the same judge that the subject encountered during his court hearings. While a “pardon,” can be granted only by the President, governor, certain other state executive officers, or the State Board of Pardons and Paroles. It is important to know that laws and rules regarding expungements vary from state to state. While an expungement removes or changed the actual record on file, a pardon does not. Although your freedom from incarceration is granted the record remains available for record.

As it pertains to a current criminal case, the expungement process itself removes the record from general review. However, the record does not completely “disappear” as the original record can be called into play by sentencing judges on subsequent offenses.